Real Housewives of New Jersey star Melissa Gorga has written an advice book, Love Italian Style, for people who want a marriage as hot and happy as the one she has with her husband Joe. Her entire ethos on the subject boils down to this sentence: "Husbands want their wives to submit; wives want our husbands to dominate."

The amount of sexism, gender essentialism, and caveman logic within its pages is so appalling that it's difficult to believe that her book is anything but a cry for help. 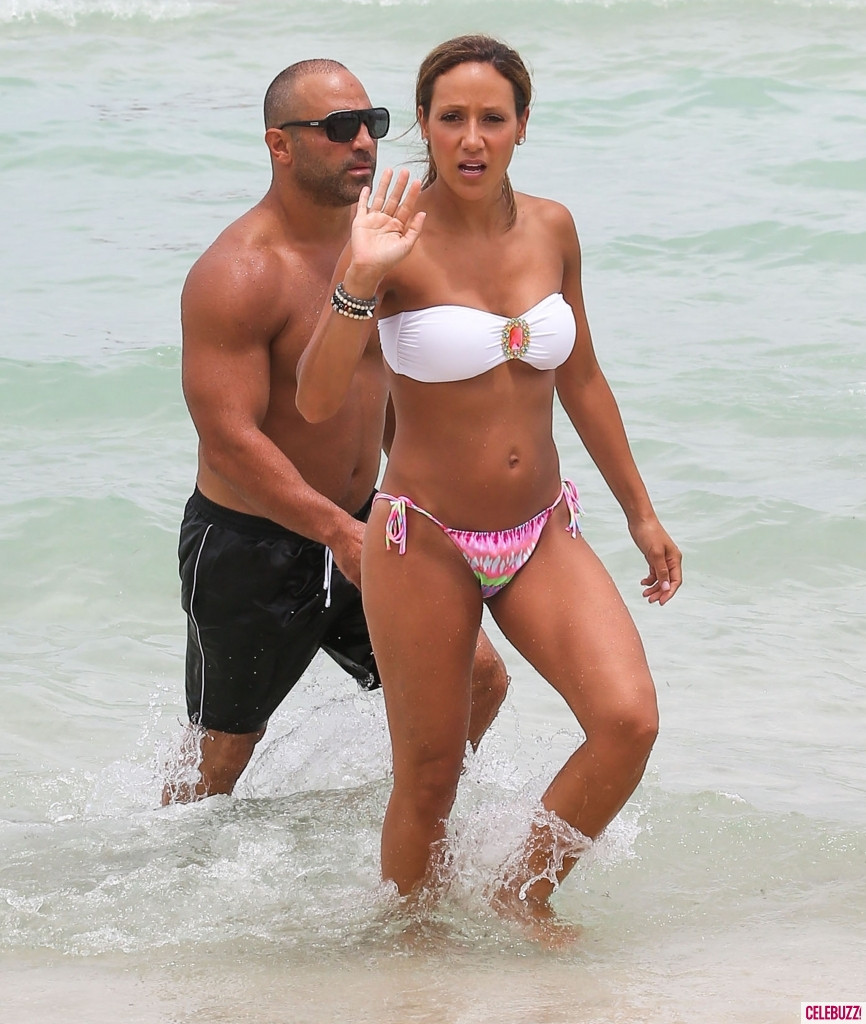 She still saw the ghost of him in the familiar places, in their childhood haunts and sites of romantic interludes. A man with reddish hair and a scruffy beard would walk towards her with a gentle gleam in his eye and her heart would sink to her toes, and in the space of a minute she'd feel overwhelming joy and dread all at once. The longer the time passed that she didn't see him, the more fearful she became of an accidental meeting. Instead of an ex-boyfriend, he became more like a terrifying phantom that could show up at any time to ruin her delicately constructed happiness.

Finally, one day, it happened, in the most sacred of places. She was browsing through the Psychology section of the bookstore in Glenwood, when she realized someone was watching her. Assuming it was another man invading her personal space, she tossed her ponytail flippantly and continued reading.

We are walking on a small path through a verdant garden. The flowers are fragrant and the area is heavily wooded. I am confused as to why we are together, but you skip ahead happily, speaking of our love and our future. I don't know how to tell you that I don't love you anymore. We reach the edge of the water, which is full of boats and lies beneath a high cliff, where some people are cliff diving. I finally admit to you that I don't love you anymore. You begin to scream that you will kill yourself, and I try to stop you, but you continue to pull away more and more violently. You run to the highest cliff, a cliff too high from which to jump, and you dive into the water. The water is as hard as brick it seems, and I hear the sound of bones breaking upon the brick. I jump from the dock into the water to try to reach you before you drown, and I can hear your sobs of pain. Doctors quickly reach you and you're taken to the hospital; you will be fine, but you have many broken bones. As I speak to the doctor, tears running down my face, he says I could have done more. I didn't have to tell you I didn't love you; I didn't have to stop loving you at all.

well, an update seems in order.

I know I say this constantly and regularly, but I honestly keep seeing myself as done with this whole "keep in touch" thing with X. I pushed for it, and he complied readily enough, but as I was driving to meet him, I felt that horrible stone feeling you get in your stomach when you're completely dreading something. I laughed at myself because I hadn't felt that way last time, and the situation was entirely more volatile-- a year had gone by, and NOW I felt dread? Partially I felt bad for lying to my mother about it, and generally was just wondering why the hell I was doing this in the first place.

It's so odd to me that he barely bothers to put on clothes when he hasn't seen me for a year, yet I deliberate obsessively about what I'm going to wear. To be fair, the dress I had on today was just damn comfortable, especially for hot weather, but I hoped I looked all right, obviously. I suppose I don't have the same ability to induce anxiety as he does in me.

It turned out all right, except the entire situation was making me antsy and nervous and generally uncomfortable. He talked endlessly and I was bored out of my fucking mind, and all I could think was I wanted to get home and get ready to go out with Shannon. I forgot how longwinded he could be, and no longer his girlfriend, I wasn't in the mood to humor him. For some reason I kept challenging myself to be attracted to him again, to fall back in love, but my vagina and my heart both staunchly refused. It was that horrible feeling of being on something of a date with a guy who you desperately want to be someone else. In my case, I wanted the pale 5'6" excuse for a fratboy to turn into a 6'3", gorgeous black man with ridiculous designer sunshades. Tastes change dramatically, it seems, in only two years.

He asked personal question and I found myself sharing, but then a tight knot in my stomach afterwards made me realize-- this person, who had been closer to me than anyone else in the world, was little more than a stranger now. We had nothing in common except our past. He was not the person I wanted to share my dreams with, nor was he the person I wished to use to unburden myself. I felt a wall spring up between us, an inexplicable defense mechanism that had never been there before. The more I sat there, the more my leg shook with impatience-- or perhaps that was just the espresso I had.

To top it off, Junior called in the middle of our tete-a-tete, and though I was dying to talk to him (as young lovers know, even the smallest pocket of time with your beloved's voice seems precious) I had to basically brush him off, hoping X wouldn't notice the sparkle in my eye or my heart in my throat when I saw Junior's caller ID on my phone. I tried not to be rude to X, but I just wanted it all to be over as soon as possible. It went on for another forty-five minutes.

Oddly, I felt nothing more than apathy towards him, and yet, later, as I drove in the dark to Sinatra, I felt something horrible. Not regret, not longing, not even resentment, just something bad, like the aftertaste of a food that you know will make you gain five pounds. I constantly challenged myself to see him as a type of emotional litmus test, but after the confirmation that my heart has healed, my eyes are fixed on someone new (or, at this point really, old) and this repeated subjection to an ex-boyfriend is not only useless, but simply ridiculous.

it was a very good year for small town girls and warm summer nights.

damn, i was hoping for something wonderful and insightful to come out, but it won't. probably my menstrual cramps chasing my muse into hiding for the evening.

i feel you, fate

these little pills numb me

if love were enough to sustain me

little bird, you turn and fly away?

what if the sun burns your precious little wings and you crash to the earth?

i'll hold you in my hand.

and then i'll take you, little bird, where the sun only shines but doesn't burn.

how does that sound, my little bird?

soon enough i'll take you with me.